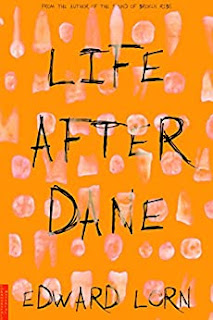 After serial killer Dane Peters, The Rest Stop Killer, is executed, his mother is haunted by … something. Could it be the ghost of Dane? As Dane’s mother, Ella, tries to find a way to “lay her son’s troubled soul to rest,” she also has to come to terms with what she did to contribute to his demise.

A nominee in the inaugural Books and Pals Readers’ Choice awards, this is horror author Edward Lorn’s fifth novel.

Of Edward Lorn’s previous novels I’ve read, two were much more to my taste than the third. When I pondered the reason, I realized that while Lorn describes himself as a horror author, there was much more going on in my two favorites. One was a mystery with horrific elements, the other, while primarily horror, had a strong coming-of-age theme as well. I guess this means that horror is okay with me, as long as it doesn’t feel like horror purely for shock value.

The strongest language I saw used was the word damn. The author skirted around stronger language, implying, but not actually using it.

Review is based on an advance reader copy.