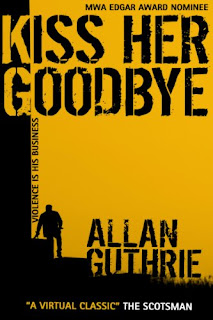 Joe Hope sorts problems out, usually by the application of violence with a baseball bat, on behalf of his loan shark boss, Cooper. But for once it’s Joe that has the problem, first his daughter, Gemma, commits suicide. Joe immediately flies to the Orkneys where she’s been living at a writer’s retreat with a relative, Adam. But as soon as he arrives Joe is arrested. The accusation? The murder of his wife, battered to death with Joe’s work tool.

But, there are further complications, Gemma kept a diary in which she’d revealed the reason behind her death – she’d been raped by someone she called ‘Daddy’. But for once Joe is innocent and he sets out to track down the killer.