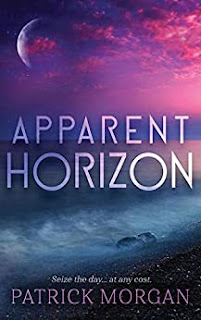 “With no tomorrow, what are we capable of today?

On the eve of his best friend's wedding, Michael is warned by an old classmate, now a NASA scientist, that a gamma ray burst from a nearby exploding star will hit the Earth the following morning at 11:13 a.m. - an incident that will irrevocably destroy the ozone layer, disrupt the food chain, and ultimately prove cataclysmic for all life on the planet.

Michael and the groom-to-be, Drew, laugh off the prediction as a demented joke. However, at precisely 11:13 a.m. the next day, a blinding light in the sky disrupts Drew's wedding. News media outlets dismiss the cosmic event as a harmless phenomenon, but Michael knows better. Wrestling with the burden of his truth, uncertain of how much time he has left or just what to do with it, Michael finds himself alienated from everything and everyone he's ever known.

Under Drew's influence, Michael begins to transform his rather mundane life, previously shackled by powerlessness and fear, into something more unrestrained and ultimately dangerous. Feeling the weight of an unseen doomsday clock ticking his final days away, he pushes the moral envelope further and further on a quest for control over his own reality - no matter who might suffer for it.”

“Patrick Morgan is a novelist, playwright, and poet. A graduate of the University of Southern California with a degree in theatre, Patrick has always enjoyed telling stories in one form or another.

After having spent a long and memorable stint in Los Angeles, Patrick currently resides in Austin with his dog Cider.”

The premise of this story is an interesting one. If you along with everyone else in the world have only a short time to live, would you live your life differently? If the answer is yes, in what way? Does it matter if no one else or at least very few people know what is happening? Do you become a better person? Do you start knocking items off your bucket lists as fast as you can? Do you no longer worry about what is considered acceptable, figuring the consequences will never catch up to you? The answer to this is one that could go many different ways. Then, at least if I’m the reader, I wonder how credible the “we’re all going to die” claim really is. I’m not sure the answers to these questions, at least if I was living out this story, would be the same for me as they were for Michael, the protagonist, or his in-the-know friends. But I’m not sure it wouldn’t be either. Ultimately, I found Apparent Horizon to be both thought provoking and suspenseful as I wondered where things were going to go.