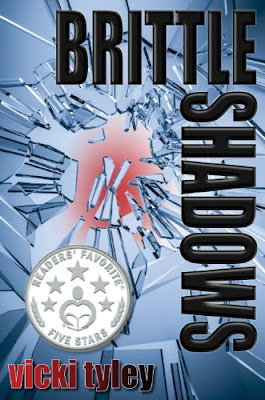 Jemma Dalton travels to Melbourne to tidy up the affairs of her sister, an apparent suicide brought on by the suicide of her fiancé two months prior. Soon Jemma begins to suspect things aren’t as they seem. How was her sister able to support her better than average lifestyle and accumulate over $1,000,000 in stock on a personal assistant’s salary? Were these really suicides?

With her first novel, the mystery thriller Thin Blood, Vicki Tyley was one of two independent authors with a book on Amazon’s list of the top 100 selling Kindle books of 2010. Her 2nd book, also released in 2010 is Sleight Malice. Although a native of New Zealand, Tyley and her husband have lived in Australia since the early 80s.

To learn more about Ms. Tyley please visit her website.

Tyley is a master at weaving a complex, multilayered plot. The many characters Jemma meets starting with the manager of her sister’s apartment and the police detective who assists her, continuing to her sister’s friends and co-workers, all have unclear alliances and murky agendas. Everyone is a possible ally or a potential foe. The more Jemma uncovers about her sister and the other characters the cloudier the picture gets. Somehow Tyley managed to keep me guessing and second guessing what really happened right up until the end.

Ms Tyley is an Australian resident and the book takes place in Australia. This means you’ll see an occasional Aussie-ism. There is also some word usage that may be unfamiliar to US readers as well as Australian/UK spelling.

Although the version I reviewed was a pre-release copy it had been formatted for the Kindle and had no significant formatting or typo issues.

Now that was not not what I was expecting to see when I opened my blog feeds. What a lovely surprise. Thanks for reprise review, BigAl! :)

Good to hear from you, Vicki.