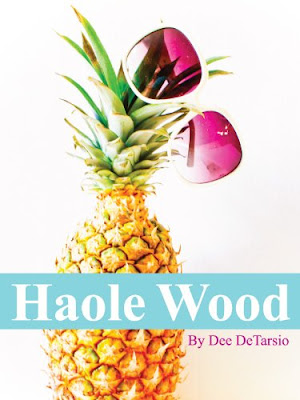 San Diego weathercaster Jaswinder Park is summoned to Maui to help her grandmother. Planning on being there just a few days, she ends up with much more than she bargained for.

The author of four other novels, Dee DeTarsio is a news producer and writer, currently living in San Diego.

Haole Wood has both mystery and humor, wrapped up in a chick-lit storyline.
The mystery revolves around a murder early on with several viable suspects. These include Jas, the protagonist, who is the last known person to see the victim alive (although she knows at least one other came after her, since she didn’t do it). That another person with motive is her grandmother is more than a touch unnerving.