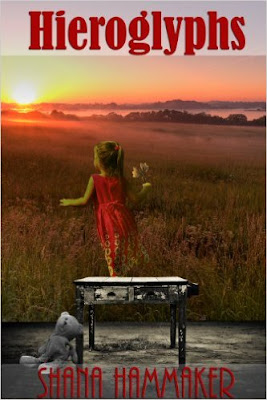 Shana Hammaker is the author of the TwelveTerrifying Tales for 2011 series, where a different short thriller was released each month, and another memoir, The Cookie Dumpster. Follow Shana on Twitter.

I also enjoyed reading the book Hieroglyphs by Shana Hammaker. It's insightful and the plot is gripping. Thanks for the nice post.
Jessica Mcneil
http://jessicamcneil.co.uk

Oops, I have been neglectful. Sorry I missed your comment earlier, Jessica Mcneil. Thanks for dropping in.