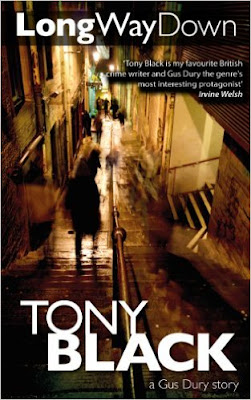 More information can be found about Tony Black on his website or blog.

This standalone novella is part of Black’s Gus Dury series, the other four (Paying For It,Gutted, Loss, and Long Time Dead) are full length novels.

Great review, will definitely give this book a go!

Thanks for dropping in and commenting brodiealison.