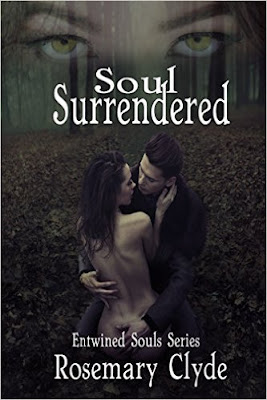 Genre: Paranormal Erotic Romance
Description:
“Rigby’s role in life is to protect her people from the vampires who now rule over humans. Risking her life is just part of the job. But when she and her best friend are captured and taken in as war criminals she realizes she has to guard more than just her life.
Ciro now holds Rigby’s freedom in his hands. As head of the Royal Guard, it’s his job to protect the Royal Family from those who wish to destroy them. When his heart chooses the leader of the human Rebellion as his mate, he finds himself doing everything in his power to protect her from the very same family to whom he swore allegiance.
Once Queen Amari learns of Rigby’s lineage, Ciro risks everything to get her out of the Palace walls and back to her people. But sometimes the consequences are worse than death.”
Author:
“Rosemary Clyde is a native of St. Louis, MO where she lives with her husband and two kids. She is a fan of series, and rarely reads or writes stand-alone books. She just doesn’t want to leave the world in each book too soon. When she’s not engulfed in a sexy vampire or shifter romance, you can find her fantasizing about The Walking Dead or playing in her garden.”
Lean more about Ms. Clyde on her blog or on Facebook.

Appraisal:
This is a unique story. Ciro has been a vampire for over 100 years. Recently, a voice that has been calling to him in his dreams has begun plaguing him during his waking hours as well. One night, he comes across a couple of human rebel females being dragged to the dungeons. As the women fight for escape, Ciro recognizes Rigby’s voice from his dreams and orders both females be taken to his room. Ciro has no idea why he is drawn to this little spitfire of a female, but he intends to find out. During the process he starts to recognize whispers of humanity within himself, which he finds extremely puzzling. This is just a hint of what is about to turn this fantasy’s world order upside down.
Rigby is mysterious, she knows a lot more than she is willing to share. What she is could jeopardize her life, especially around vampires. She also feels an uncontrollable sexual pull toward Ciro. He is her sworn enemy in more ways than the obvious. The story is told through alternating points of view, mainly Ciro and Rigby, but occasionally through Prince Sebastian, who Ciro does consider a friend despite his standing. Each character is well-developed and unique enough to never be confused with another. There are many twists in the plot that careen wildly as the story moves forward after the initial set up.
I enjoyed the story more as certain individuals took on larger roles, and the explosion of events pulled me along. Ms. Clyde only had one problem that bothered me enough to mention in my review: When there were changes of perspective from one character to another, often there was a repetition of what we were just told. I appreciated seeing things from a different perspective, but not reading the exact same scenes verbatim again. It seems to me that a more thorough editing job would smooth out this problem. Otherwise, I am looking forward to the sequel. The first chapter of that new installment is included at the end of this book and it takes a surprising turn.
Buy now from:            Amazon US        Amazon UK      Paperback
FYI:
Soul Surrendered is the first book in the Entwined Souls series. If you find descriptive sex and F-bombs offensive, this is not a book for you. There is also graphic violence.
Format/Typo Issues:
I found no significant proofing errors.
Rating: **** Four Stars
Reviewed by: ?wazithinkin

Posted by BooksAndPals at 7:24 AM