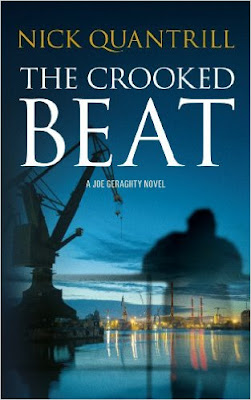 Description:
Former PI Joe Geraghty has family problems, lots of them. His brother, Niall, is in trouble. He thought he could solve his money problems by smuggling some cigarettes, however the consignment has been stolen and now he owes local hard man George Sutherland for them.

Appraisal:
I’ve previously read and reviewed two of the author’s works. Both were quality performances, strong and well written, however The Crooked Beat feels like a step on. Perhaps it is because the story moves immediately, rather than a slow build. Perhaps it is the use of first person narrative.

The Crooked Beat is Book 3 in Joe Geraghty (3 Book Series).


Posted by BooksAndPals at 9:09 AM