Reprise Review: Lay Death at Her Door by @ElizabetBuhmann #Kindle 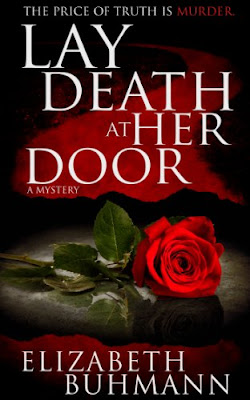 Description:
“Twenty years ago, Kate Cranbrook’s eyewitness testimony sent the wrong man to prison for rape and murder. When new evidence exonerates him, Kate says that in the darkness and confusion, she must have mistaken her attacker’s identity.

Appraisal:
In 1986, a man was murdered. I was beaten and raped. The ensuing trial dominated local headlines until my eyewitness testimony sent a man named Jules Jefferson to prison for life.

Added for Reprise Review: Lay Death at Her Door was a nominee in the Mystery category for B&P 2014 Readers' Choice Awards. Original review ran June 18, 2013.