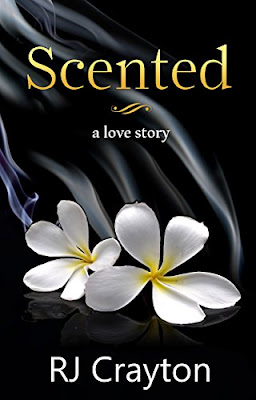 “When Bryan Harper was eight-years-old, his mother died tragically in a car wreck. He was chilled when he realized the sickening smell clinging to her beforehand was a sign of what was to come. Haunted by a "gift" that lets him know who is going to die next, Bryan, now sixteen, seeks solace in solitude.

Having narrowly escaped death as a young child, Lauraline Reese fears the reaper still searches for her. She's seeking to fit in and be normal in her new school, but can she when the storm that almost claimed her life continues to stalk her?

When Lauraline Reese walks into Bryan's life, he knows immediately she's different. She smells like no other living person he's ever encountered. She's got the scent of ashes to ashes and dust to dust. And he's drawn to her to discover why.

As the two grow close, Lauraline helps Bryan discover a vital message. As they decipher what to do next, they must each come to terms with their unique gifts as they race against death to set things right.”

“RJ Crayton is the author of the Virus and the Life First series… Prior to becoming an author, Crayton was a journalist. She reported for several publications, including The Kansas City Star and Education Technology News. Crayton lives in Maryland with her husband and two children. When she's not writing, she enjoys eating cupcakes, walking, reading, sewing, or watching TV (she's partial to Star Trek, super hero flicks and gripping dramas).”

This is a unique story about two teenagers, who are learning to come to grips with their own special gifts. Bryan Harper has a secret he has only shared with his father; he can smell impending death in the living. As a result he has chosen to live a life of solitude to keep the smell of death at bay, except for his best friend Ferraz. When Brian encounters Lauraline Reese, a new transfer student to Knightsdale High School, he discovers an extraordinary smell he has never smelled on a living person before. Curiosity and attraction drive Bryan to determine why Lauraline emits this smell.

Lauraline has a secret as well, one that scares the bejeezus out of her. The only person she thinks can help is her grandmother, who is suffering from Alzheimer’s, and whose lucid moments are fleeting.

Both Lauraline and Bryan are realistic and engaging. I found it easy to be sympathetic to both of them. I also enjoyed the fact that their talents end up complementing each other as they grow to understand and control the abilities they once despised. The twists and turns in the plot keep the story moving forward at a good pace. Relationships are also examined closely. Bryan and his father’s has always been distant, troubled, and complicated. Lauraline’s father is overly protective, which isn’t uncommon in any father/daughter relationship as they reach dating age. Because of a past family history Lauraline is afraid that if her father knew her secret he would have her committed.

I had pegged this book as a young adult or coming-of-age, however, when the author threw in a small number of F-bombs I figured I must be mistaken. Honestly, these didn’t even bother me or seem out of place as they express extreme frustration in the situation. What did bother me was the repetition. This is an element that also gave me the feeling that this story was written for a younger audience, to stress the points being repeated. Honestly, I don’t need to be told something more than two times and only if it is extremely important.

Bottom line; this is a provocative and enchanting tale dealing with many complicated elements which were brought to a satisfying ending. However, certain components were left open ended for the story to continue. I would like to see that happen.

There are three F-bombs.

Thanks for taking time to review this book. I appreciate it.

You're welcome, Ms. Crayton. Thank you for dropping in and commenting.