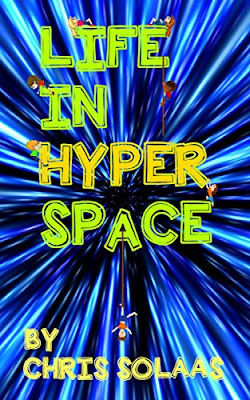 “Spray-painting the cat? What was he thinking??

With four year college degrees under our belts and a dab of training in Child Psychology, my wife and I thought we were ready for anything when it came to this parenting gig.

We had no idea we would be outnumbered and outgunned. From diet to riot, meds to charts, we've tried it all, to train up our ADHD kids in the way they should grow.

From the Home School of Hard Knocks, our four ADD and ADHD kids have taught us more about coping and planning ahead than any four year college degree could have, especially when it comes to understanding what goes on in the mind of a five year old in a Buzz Lightyear costume flying on a treadmill. To Infinity, and Beyond.

This is the chronicle of two adult ADD parents and their four ADD/ADHD kids living in a loving madhouse with four neurotic cats and a snow white bi-eyed monster dog that eats trees. Inside you will find more laughs and maybe some help and advice for what to do with the ADD kids in your own home, from someone who's Been There, Done That.”

“Chris Solaas was born in Memphis, TN a half-century ago, the fourth child in a happy Norwegian/Italian family. He began writing stories at the tender age of 8. He was sure he was going to be a science fiction/fantasy novelist.

He graduated from the University of Memphis in Electrical Engineering, and began a career in Computer Programming. Things don't always work out the way you plan...”

Depending on your situation, the way you might approach reading Life in Hyperspace could vary. If you have kids with ADD and/or ADHD, you might pick up some hints or ideas on how to deal with this from someone with experience. Even those who don’t will recognize the commonality in some of the stories whether comparing to your own kids, grandkids, or yourself as a kid. I got a good laugh out of a mishap with the dishwasher that reminded me of a slightly less serious episode with my youngest granddaughter last week. Chris Solaas writes with an eye to the humor in his struggles which can be entertaining to anyone.

My only issue with Life in Hyperspace is one that will be a positive for some readers and a negative for others. This is the religious content which isn’t something I saw coming, the only possible clue being a line at the end of the author’s bio that he writes “stories with a Christian Worldview.” With the exception of the bible verse at the start of each chapter which you can skip past easily enough and a couple chapters near the end. this isn’t overwhelming. Given the apparent role religion has in the author’s life the book wouldn’t reflect reality without touching on his beliefs.