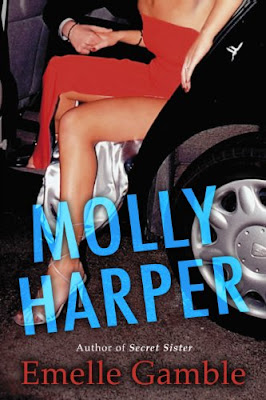 When a teenage fling left fifteen year old Anne Sullivan pregnant, she gave up the baby for adoption. Thirty years later, she learned that her adopted child might be at risk for multiple sclerosis after the birth father and others in his family died at an early age from the disease. She tracks down her daughter’s adoptive family planning to share the medical news with them.

Ms. Gamble was first published by Harlequin Intrigue's line of romantic suspense as 'M. L. Gamble' and wrote seven books for them.

She writes relationship stories about women and the men they love and the friends they hold dearest, with a touch of mystery here, a ghost there, something extraordinary that gives the folks in her imagined world a little extra to deal with.

This story sucked me in very quickly. The first meeting between Anne Sullivan and the woman who adopted her child was fraught with tension and complexity. Both characters were finely drawn and I found myself appreciating the predicament Anne’s sudden appearance on the scene created for them both.

Molly Harper, for whom the book is named, was the child that Anne gave up, and that first meeting led to increasing complexity as the two families dealt with a myriad of external difficulties and at the same time tried to cope with the realization that their lives had been based on a lie (neither mother shared the secret of the adoption).

It’d be difficult to share any more of the plot without spoiling your enjoyment of the story. I found it absorbing. If you enjoy women’s fiction, I think you will too.