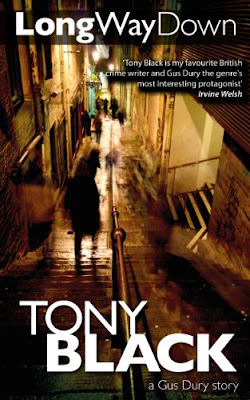 This standalone novella is part of Black’s Gus Dury series, the other four (Paying For It, Gutted, Loss, and Long Time Dead) are full length novels.

Added for Reprise Review: Long Way Down by Tony Black was a nominee in the Thriller/Suspense category for B&P 2013 Readers' Choice Awards. Original review ran January 13, 2013.