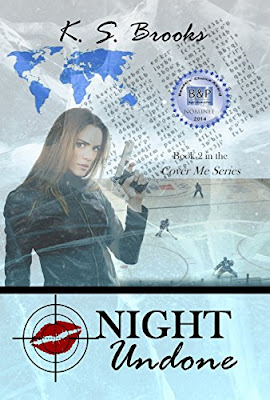 Author:
K.S. Brooks has written numerous books in multiple genres including romantic suspense, satire, and educationally oriented children’s books. She is the administrator of Indies Unlimited (a multi-author blog “celebrating independent authors”), where you can often catch her pontificating on matters of interest to both readers and authors.

Thank you for re-running the review of Night Undone. Much appreciated! - Kat