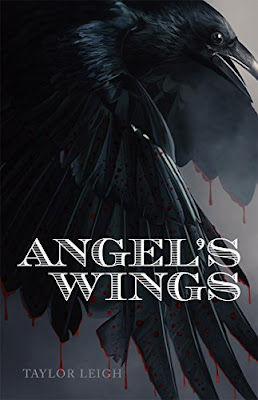 "1895
Fighting his demons with drink and seclusion, Inspector Arthur Harbreak has managed to keep his head down in the small village of Heath on Hill. All of those protective walls begin to crumble, however, when the mutilated body of a choir boy is found strewn on the church steps and Harbreak, untested and unprepared, is thrown into the thick of a murder inquiry. With evidence suggesting ritualistic undertones, the close-knit community quickly begins to devolve into superstition and suspicion . . . "

"Taylor Leigh is the author of the ongoing “Alternate Worlds” series, as well as the science fiction novel Long Division” Writing is one of the things in life that brings her the greatest joy and she love hearing what other people have to say about it.”

This is the story of a brutal and horrifiying murder in a small village in Dartmoor. The victim is a 12 year old boy - Tom McKind, blonde-haired, with the face and voice of an angel. His body is discovered early one morning on the steps of the local church and Inspector Arthur Harbreak is called to the scene. Together with his oldest and best friend, Dr Charles Thurston, he attempts to solve the crime. It isn't easy to find suspects as everyone Arthur speaks to seems to lie and cover up, sneering and laughing at him. The moors, dark and dangerous, loom over the village and its inhabitants, hiding secrets of its own.

This is the first line of the novel and pulls in the reader straight away. Who is Harbreak? Why does he have nightmares? He has a problem with drink which he fights as best he can, and he is a short-tempered man. We learn of a dark secret in his past, involving the local curate, Anthony Burberry, and we can feel his pain and anguish:

"So he stood in the dark alone, looking in on those normal souls; barred from stepping into their ranks."

Is Burberry a suspect in the murder? Harbreak prays not. And then there is the local butcher and the blacksmith - where were they on the night of the murder? And what about the witch woman, Denka? When Arthur's friend, Dr Thurston, agrees to help him solve the crime he feels better able to cope. Thurston is a steadying influence on Harbreak; he has a cool, analytical mind and is very supportive to his friend. Other characters are not so well drawn, especially the school boy, James, a classmate of Tom's; his behaviour isn't really credible.

The story is set in 1895 but atmosphere is lacking, the period being referenced only by the occasional mention of carriages and lamps. There are some loose threads here too - hints of something in the past involving both Harbreak and Dr Thurston which is not explained, and strange looks between characters - never explained either. However, the main drawback of this novel is the language and unfortunately there are grammar and spelling mistakes on nearly every page.

"He’d never allowed himself to become besotted at the public house . . . "

" . . . later the church was surfeit with devoted and doubters."

"They truly had no intensions . . . "
" . . . and was quiet content with . . . "
These are a few examples of the errors found. The book has the potential to be a decent "whodunit". The plot is engaging; the main characters are believable and the clues are well placed. The narrative drive and the pace of the story are both very good, and the dialogue is realistic. However, the manuscript needs to be professionally edited and proofread.

There is some graphic violence in this book.

Multiple grammar and spelling mistakes throughout.