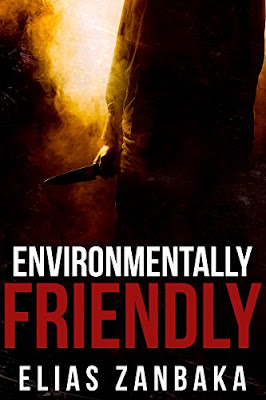 “Out of seven billion people, one man has declared war on Mother Nature and plans to bring it to its knees.

Out of all the criminals in Los Angeles, he’s the number one target being hunted by the LAPD tonight.

And out of the entire LAPD, one officer is hell-bent on helping him complete his mission.”

Information on the author is sketchy, but it appears he is an Australian college student.

As I sat down to write this review I read the book description above and said, “oh, that’s what was supposedly happening.” Sure, that the police were chasing someone was obvious. That this was an intense chase with lots of action was apparent as well. Beyond that the only feeling I had was cluelessness. I wasn’t following what was happening or why I should care. Sometimes with short stories you have to fill in the gaps with your imagination, but my imagination came up short on this one. I didn’t get it.

The author did show a flare for language to show the intensity of what the characters were experiencing. But too often it went overboard, stretching things a bit too far. For example, one character is chasing another when the person being pursued is described this way:

“His target’s crazed eyes glared in delight at the polluted sight.”

So, we have a guy running away and the guy chasing him sees his eyes? Maybe. But they’re crazed, they’re glaring, and showing delight all at once? Seriously?

I wasn’t sure what to make of a line that said, “a globule of nausea suddenly shot into his chest” and questioned whether saying a character “resisted the anger that wanted to lunge him forward towards his target” made sense. I’m confused as to what it meant when a character spoke with “blood-curdling calm.”

However, it is a quick read. Maybe you’ll understand what only confused me.