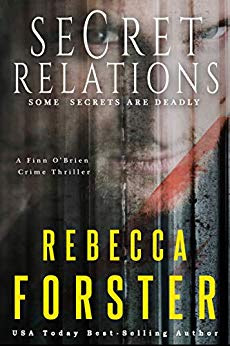 “They're illegal. They're undocumented. They're disappearing. The last thing Finn O'Brien wants is to come between his partner and her daughter, but Amber Anderson is desperate for his help. Her new boyfriend, an undocumented immigrant, is missing. Uneasy about keeping a secret from his partner and hindered by the prejudice and politics of the LAPD, Finn is tempted to turn a deaf ear to the girl's plea - until the first body is found. Fighting a system that wants to turn a blind eye, Finn tracks a serial killer who preys on the most vulnerable, one with a gruesome secret that has been buried under decades of shame. To stop him, Finn O'Brien must navigate a shadowy world where life is cheap - even his own.”

This is the third book in this series. I raved about the first two and this latest installment is no different. LA police detective Finn O’Brien and his partner, Cori Anderson, are great characters. They have faults and at times make questionable decisions that show they’re imperfect, but both strive to make their city a better and safer place.

The story in Secret Relations is an intense thriller that had me on edge throughout. Much of the story is focused on the undocumented alien population, targeted by the serial killer, and I found the story thought provoking as I considered their situation.

While part of a series, each book in the Finn O’Brien Thriller series can be read as a standalone.