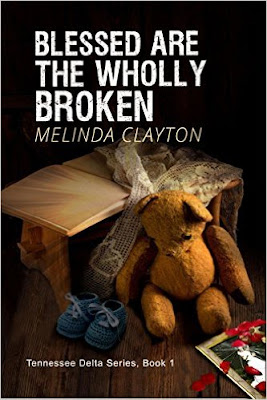 Description:
“After the heartbreak of losing their newborn son to a previously undiagnosed genetic condition, Phillip and Anna Lewinsky managed to patch their lives back together and move forward, filling the emptiness with friends, work, and travel.

When Anna unexpectedly finds herself pregnant again at the age of forty-three, Phillip is thrilled to have a second chance at fatherhood in spite of Anna’s objections.

“Melinda Clayton is the author of Appalachian Justice, Return to Crutcher Mountain, Entangled Thorns, and Blessed Are the Wholly Broken. Clayton has published numerous articles and short stories in various print and online magazines. In addition to writing, Dr. Clayton has an Ed.D. in Special Education Administration and is a licensed psychotherapist in the states of Florida and Colorado.”
You can also find Ms. Clayton at IndiesUnlimited, where she contributes a monthly post on any- and everything related to self-publishing. To learn more please check out her website.

Appraisal:
Given a choice, I’d prefer to like a book and give it a good review than the opposite. Yet, it seems writing a negative or even lukewarm review is much easier. Articulating why a book didn’t work for me is normally easy, usually a matter of listing which common faults I found, both of a technical nature (inadequate proofing, grammar problems, convoluted verbiage) and issues with the story (inadequate or too much characterization, lack of conflict, nonsensical plot points) with examples.

Added for Reprise Review: Blessed Are the Wholly Broken was a nominee in the Contemporary/General Fiction category for B&P 2014 Readers' Choice Awards. Original review ran December 10, 2013.

Posted by BooksAndPals at 8:59 AM

I have noticed lately that BigAl doesn't reprise the reviews he has written as often as he does the other Pal reviews. I am trying to correct that. :D