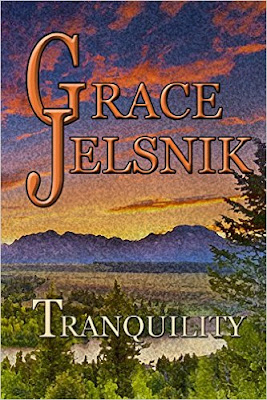 Description:
“The locals called her “The Crazy Woman of Copper Creek,” but to Caitlyn she was Gram, the woman who taught her to control the visions that had tormented her throughout her early childhood. When Gram is murdered, Caitlyn is determined to bring her murderer to justice, with or without the assistance of the local sheriff. She and Trevor are at loggerheads from the moment of their first meeting and must set aside their mutual animosity to put an end to the rash of deaths plaguing Lincoln County.”

Appraisal:
Ms. Jelsnik does an excellent job introducing the reader to the main character, Caitlyn Blanchard. Caitlyn had an unusually difficult childhood. Summers spent at her Gram’s helped teach her how to deal with the barrage of psychic images that had left her mute for the first six years of her life. She is now in her mid-twenties and has managed to earn a veterinary degree while keeping people at arm’s length. Caitlyn’s drive to Gram’s isolated cabin in timber country is poetically described. It was easy to see the dangers as well as the beauty of the area. I found it easy to immerse myself into the scenery.

It had been three years since Caitlyn has visited her Gram and she is well aware that her Gram had passed away before she headed there this trip. However, she was unaware that foul play may have been involved. She had received a cryptic letter from Gram the day before that stated, “We must find justice for the boy.” Caitlyn found herself unsure who to trust. The banter between Caitlyn and Sheriff Trevor was realistic, acerbically witty, and highly entertaining. Sheriff Trevor gave as well as he got. This kept the pace of the story moving along nicely as he put Caitlyn under protective custody.

When Caitlyn learns about the young boy who went missing in early spring, she knows she has to share Gram’s cryptic letter with the sheriff. Then people start turning up dead. As the list of suspects starts to grow, Trevor’s past comes back to haunt him. This is an engrossing story with a lot of heart smoothly blended with a tragic situation. Ms. Jelsnik managed to keep the tension high while still mixing in some comic situations and banter with unique characters.

Posted by BooksAndPals at 8:15 AM