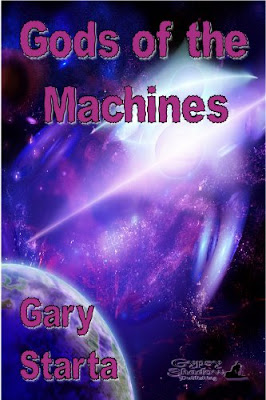 Ceres, Earth’s first colony and a planet in the Andromeda Galaxy, is a habitable world for human habitation. An influx of civilians from Earth necessitates expansion, so geologist Dean Flavin and botanist Carol Walker volunteer to scout out a second settlement for Ceres colonists.

Once the couple reaches the site, study the plant life, and geological conditions, they nestle into their mobile home for the night. Mysteriously, when Carol is showering, the power is disengaged while an unknown entity viciously slaughters her as if she were a character actor in an Alfred Hitchcock thriller.

Sam Benson is a newly arrived CSI assigned to become the colony’s detective while his fiancé, Sandra Morton, is Ceres’ new Medical Examiner. When Sam investigates Carol’s murder, his focus is erroneously on android James Starkman, who once shared engrams with a psychotic human. Linda Dougherty, the colony’s distinguished leader, shields the android knowing her friend incapable of harming anyone.

Little does Benson know that Ceres was once inhabited by a race of beings that consider machines to be their gods.

Gary Starta, a former journalist, loves science fiction and crime stories. His first novel, What Are You Made Of? was published in 2006 and focuses on intelligent artificial life and whether sentient androids should possess the same rights as humans, a similar theme brought up in Gods and Machines. Starta also enjoys writing crime stories like Murder by Association, which blends mystery with forensic investigation. Gods and Machines blends the author’s passions nicely.

Gary Starta develops very imaginative characters in his plot-driven science fiction thriller, Gods and Machines. However, the author came up short in fleshing out his settings so those threads in the novel’s fabric weakened the book’s impact in this reviewer’s mind.