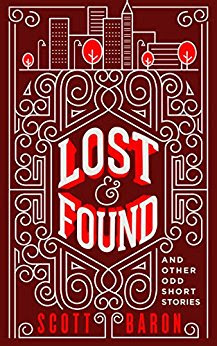 A collection of four short stories.

A small collection of four short stories. They vary from a western with a six-year-old gunslinger to science fiction to a reimagination of a classic fairy tale to one I'm not sure how to classify. The thing each story has in common is that they're offbeat, well-told, and quickly suck the reader into their strange worlds. At least it did this reader.