Review: The Reveal: A Detectives Seagate and Miner Mystery by Mike Markel 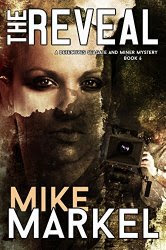 I've sure loved this series, Laurie.

Terrific! I love the Detective Seagate series.
Shared the review.

Congrats, Mike! A fine review from Books & Pals. Will pin and share. :)