Review: The Sweet Ones by David Moles 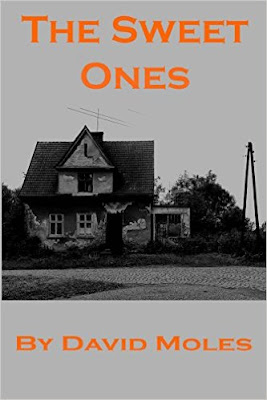 Five-year-old Tommy and his family are trying to outrun a zombie attack when they get holed up in an abandoned house. These few hours that they are stuck in the house have a great impact on their lives.

The Sweet Ones is a short story that could easily be read in one sitting – and you’re going to want to stick around until the end.

The book is told through the eyes of 5-year-old Tommy, who doesn’t see the horror the same ways adults would register it.

We deal with many zombie stories these days from popular books and comics to impressive television shows. Generally, the stories are told through the eyes of adults. So it was interesting to see the story and the understanding of what was going on through that of a kid.

My only issue was the voice of the character. I understand that it’s a child talking, but being around a lot of children all day, I felt some of the internal dialogue was a little off. Not enough to take away from the story, so don’t think of that as a concern.

The Sweet Ones was interesting because the horror doesn’t show up immediately. It’s gradual and impactful.

Posted by BooksAndPals at 8:37 AM