Review: What Happened to Winn Bailey by @EdwardGoldSFF 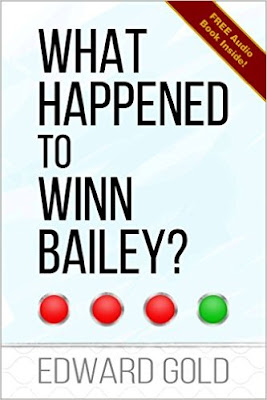 Description:
What Happened to Winn Bailey is a story about a man who wakes up in a strange place with no recollection of how he got there... and he's not alone...

Author:
Edward Gold is a Science Fiction and Fantasy author and he also writes Children's books. He has won several contests for his short stories and has published several poems. He is the Organizer of a local writer's group with over 1,100 members. He has also produced, designed, and edited newsletters for several agencies and literary magazines. Learn more at his website.

Appraisal:
Set firmly in the sci-fi realm, this is a short story mystery. On the first page, Mr. Bailey wakes up in a very strange environment. I found the descriptions of his room intriguing and compelling. As the scene changes, the mystery deepens and develops and kept the pages turning.

Posted by BooksAndPals at 9:31 AM