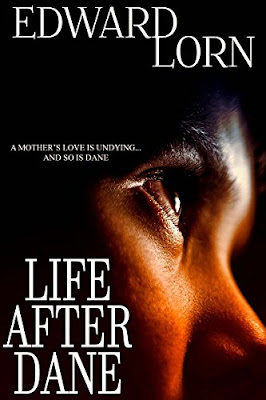 Description:
After serial killer Dane Peters, The Rest Stop Killer, is executed, his mother is haunted by … something. Could it be the ghost of Dane? As Dane’s mother, Ella, tries to find a way to “lay her son’s troubled soul to rest,” she also has to come to terms with what she did to contribute to his demise.

Author:
A nominee in the inaugural Books and Pals Readers’ Choice awards, this is horror author Edward Lorn’s fifth novel.

Appraisal:
Of Edward Lorn’s previous novels I’ve read, two were much more to my taste than the third. When I pondered the reason, I realized that while Lorn describes himself as a horror author, there was much more going on in my two favorites. One was a mystery with horrific elements, the other, while primarily horror, had a strong coming-of-age theme as well. I guess this means that horror is okay with me, as long as it doesn’t feel like horror purely for shock value.

FYI:
The strongest language I saw used was the word damn. The author skirted around stronger language, implying, but not actually using it.

Format/Typo Issues:
Review is based on an advance reader copy.

Posted by BooksAndPals at 5:51 AM

I also enjoyed this book. I agree with you about Lorn's work being much more than simple horror novels.

Thanks for dropping in.