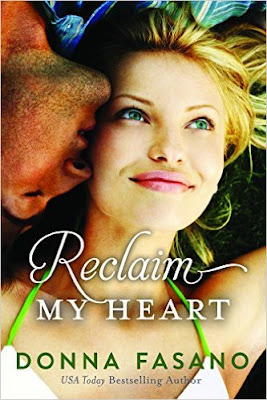 Description:
“Sixteen years ago, Tyne Whitlock cut all ties to her past and left town under the shameful shadow of a teenage pregnancy. Now her fifteen-year-old son is in trouble with the law and she is desperate for help. But reaching out to high-powered attorney Lucas Silver Hawk will tear open the heart-wrenching past in ways Tyne never imagined.”

Author:
Donna Fasano was the winner in Books and Pals first ever Readers’ Choice awards in the romance category. She is also a three time winner of the HOLT Medallion, a CataRomance Reviewers Choice Award winner for Best Single Title, a Desert Rose Golden Quill Award finalist, and a Golden Heart finalist. Her books have sold just shy of 4 million copies worldwide and been published in nearly two dozen languages. Ms. Fasano also enjoys posting delicious recipes on her website where you can also find out about her other books. You may also like to follow her on FaceBook.

Appraisal:
Beyond the entertainment provided by a good book there is often more to be gained for a savvy reader. Fictional characters can be like windows into the minds and hearts of others and sometimes can provide a catalyst to a better understanding of ourselves. Any book in the romance genre almost always has this. While we’re being entertained by the foibles and human frailties of the hero and heroine we’re also gaining insight into how other people think and react in different situations. The best authors are keen observers of human nature and able to translate what they’ve found into their stories. I’ve read many of Donna Fasano’s books and from her very first, Mountain Laurel, originally published a few decades ago, have been impressed by her ability to create characters that rang true to life. Reclaim My Heart continues this streak, but it also has something extra.

FYI:
This book contains adult language and situations that may be offensive to some.
Added for Reprise: Reclaim My Heart was the winner in the Romance category for 2014 Readers' Choice Awards at BigAl’s Books and Pals. Original review ran May 20, 2013.

Format/Typo Issues:
My review is based on a pre-release copy and I’m unable to judge this area.

Posted by BooksAndPals at 6:01 AM

Awesome review for this great story. I read it awhile back and loved it! Beautifully written and heart-felt.

This is also one of my favorite books from Ms. Fasano. Thank you all for stopping in and commenting. It is appreciated.