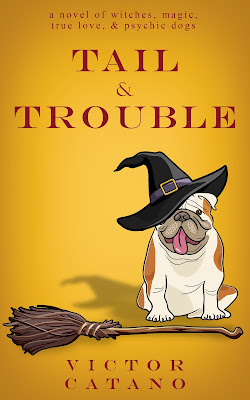 Description:
“When Gabriel’s witch girlfriend doesn’t return from her latest trip, he gets on the road and heads out to find her. Sheila's coven is secretive and distrustful of Gabriel, so the only help he has is Sheila's familiar, a bulldog named Orson, who is psychically linked to both of them.

In Florida, they walk right into an elaborate plan to steal Orson. A mysterious wizard named Yareth is behind the plot, and he may also know where Sheila is. 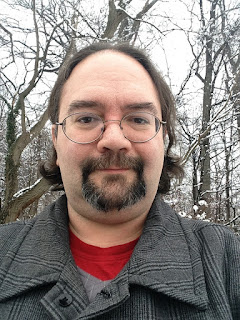 Gabriel and Orson will have to fight for their lives as they navigate around all the magical roadblocks to force Yareth’s hand. They won’t give up until Sheila is safe.”

Author:
“Victor Catano lives in New York City with his wonderful wife, Kim. When not writing, he works in live theater as a stage manager, light designer, and technical director, working mainly with dance companies. His hobbies include coffee, Broadway musicals, and complaining about the NY Mets and Philadelphia Eagles.”

Appraisal:
I enjoyed this fun lighthearted urban fantasy. Gabriel is a non-magical human who has fallen in love with witchy Sheila and her familiar, a bulldog named Orson. Sheila’s coven sends her on retrieval missions for magical objects often, so she regularly makes short trips. When she doesn’t return from her last mission, Gabriel feels compelled to go find her.

Tail and Trouble begins mid-road trip as Gabriel and Orson head south from New York, after getting a few clues from one of Sheila’s cult members. The story is mainly told through Gabriel’s point-of-view, and we are given a solid foundation from which the story develops. Gabriel isn’t really sure how much he believes in this magic thing and feels like he will be able to hold his own. He is a smart man but doesn’t really have a clue what he is up against.

I found Tail and Trouble smartly told and was quickly drawn into the story. The twists kept the plot compelling as Gabriel follows the bread crumbs of clues to find Sheila. Of course, finding her was only part of the problem; rescuing her was another large problem. Some of the escapades were laugh-out-loud funny. Love is a powerful force, but when magic starts flying around, will it be enough to battle those elements? Gabriel did manage to find a powerful ally in Wendy; however, they are greatly outnumbered. Wendy was a wonderful character and Orson adds his own enjoyable personality to the story.

I can see this becoming a fun series. Gabriel had become a firm believer in magic at the end of this tale and Sheila had started getting a sense of the true power within herself. I would love to see them start their own coven with Wendy in Florida. This would make a great summer beach read.

FYI:
There are a fair number of F-bombs.

Format/Typo Issues:
I came across a small number of proofing errors. 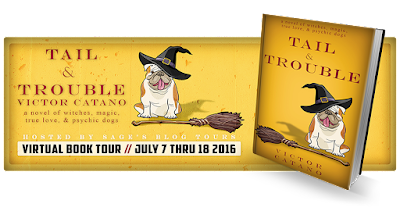 Posted by BooksAndPals at 10:10 AM

Thanks for the review! Glad you enjoyed it.

Thanks for dropping in and commenting, Mr. Catano. I look forward to future adventures in this series.