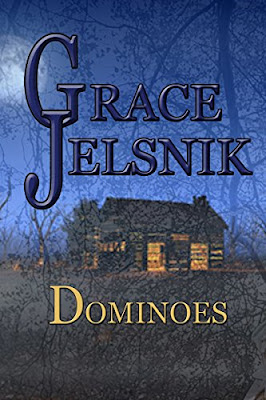 Description:
“Reggie Corcoran lost more than her memory when she was abducted at the age of twelve: She lost her family. When her new psychic abilities manifested, her zealot mother proclaimed her a demon changeling, and the twelve-year-old girl was subjected to shameful exorcism and painful ostracism. The home in which she’d once derived comfort became a hostile environment as, one after another, Reggie’s parents and siblings turned their backs on the girl who’d survived a kidnapping and returned... different.

All but one. Detective Stephen Corcoran, Reggie’s brother, joined the police force because of his determination to bring justice to the little sister he’d watched progressively withdraw into herself, transforming from a cheerful child into a cautious woman. For thirteen years, Stephen has investigated the abduction that took from both of them a loving family. Now he and his partner, Detective Zack Grafton, are investigating a murder that might finally provide the answers to both Reggie's abduction and transformation.

Zack Grafton, a veteran detective with a long-standing antipathy toward so-called psychics, resists Reggie’s involvement in their case, but even he is won over by the woman’s dignity and strength. When her input on the murder goes well beyond educated guesses, he realizes that all trails lead to Reggie. Detectives Grafton and Corcoran must solve the case of her kidnapping before they can solve the homicide, and when the body count rises, the two detectives realize it’s only a matter of time before the perpetrator hones in on his real target: Reggie.”

Learn more about Ms. Jelsnik on her Amazon Author page or follow her onFacebook.

Appraisal:
I recently read and thoroughly enjoyed Ms. Jelsnik’s novel Sparrow. So I was excited to read another of her stories. Although Ms. Jelsnik is an excellent writer, unfortunately, this tale didn’t hit the spot for me.

BigAl once told me that romantic suspense can be up to 80% in favor of either romance or suspense. This one falls much closer to the romance end of the spectrum than I prefer.

The story began with a simple premise of the cops chasing down a mysterious antagonist, but the antagonist was never well defined. In fact, he featured barely at all, and when he did, it was as an unseen menace whose vicious acts were reported rather than experienced.

I didn’t really engage with the main character, Reggie. I think this was because there were so many threads woven into her background — her family issues, her psychic abilities, her gypsy blood, her illicit wedding, the FBI, the clichéd concept of the detectives protecting her losing their badges and guns and going rogue, her falling-in-love story. Extensive time was spent on these details, which, while interesting, yanked me away from the main story line. I ended up feeling confused and, indeed, toward the end of the book when an italicized flashback sequence was intended to explain the “truth” about Reggie’s psychic powers, I didn’t fully understand what the author was telling me.

Posted by BooksAndPals at 8:43 AM