Ask the Pals - Interrogating the Dead 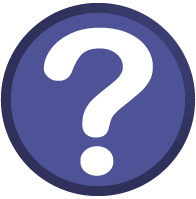 In the second installment of our new feature, we ask the Pals a question having nothing to do with books. The question posed was, “If you could question any dead historical figure, who would it be and why? (And maybe what you'd ask them.)” Here's what those brave enough to answer had to say.

First person that comes to mind is Nikola Tesla. I’m not sure why but he reminds me of Dr. Frankenstein. Except he used mechanical parts instead of human parts.

The next one who came to mind was Carl Jung. I love his insights into the human condition. Not that I would want him to analyze me or anything like that. Wouldn’t that be scary? I don’t know what I would ask him there is a good chance he would judge me from my question, right? He would start by asking me why I asked THAT question and it would all come spilling out. I’d cry and he would cry, it wouldn’t be pretty. None of us really want to go there…

Emperor Vespasian, he was a career soldier & eventually made it to the top of the ladder in first century AD Rome. I wrote about him in a couple of books, he's a fascinating man. I'd ask him about his survival skills.

Who thought up this question? I have a ton of questions about the premise. Am I going back in time to ask them the question or are they coming forward in time to visit me? If they're coming forward, if my question requires an understanding of historical events since their death, do I have to explain to them what has happened in the interim, or will they appear in front of me with the required knowledge? If it is someone dangerous, will I be provided with bodyguards?

Editors note: Didn't I tell you in the preface to the original post that Al was going to go on and on and … anyway, I told him to answer those questions about the premise any way he wanted and then to answer the darn question. Why does he have to take something simple and always make it so complicated. Anyway, back to Al …

Fine. The bodyguard question is no. I figured that out once I realized we'd have to pay them. Definitely NOT in the budget. As to the others, they'll visit me. (No way I want to get trapped somewhere with no internet connection.) They'll also understand all the history they need to. (If you think I went on and on above, that's nothing compared to the background my historical figure would need to answer my question.) For those readers not from the US, I'm sorry this focuses on our history. I suspect most of you will understand the question better than I would understand the history of your country though.

My historical figure would be Thomas Jefferson. Why him? Because he and the group of men who laid the groundwork for our government (commonly called “the founding fathers” - yeah, I know, women didn't get their due back then) are always getting second guessed by politicians, courts, and regular old people. We wonder what they meant (you wordsmiths understand how your words can be misinterpreted, right?) We wonder if they think the spirit of what they intended is how things have turned out or whether they'd be shocked and think we've gone far astray.

My question is simple. I'd ask him to comment on how things have turned out thus far, both those things that have worked out better than he expected and those that haven't. I'd also have him pick the one area where he thinks we've screwed up the most. (Did they use the idiom “screwed up” in the 1700s? Maybe I'll need a translator.)

How would you answer this question? Tell us in the comments below. (Those who receive our posts via email have to come to the site to answer. Responding to the email only works if you want to share with BigAl and no one else. That will just give him a bigger head. Don't do it. Click on the title in the email to easily get here.)


And we're still looking for questions to ask the pals in the future. Email booksandpals(at)yahoo(dot)com with your suggestions. Be sure to put “Ask the Pals” in the subject line.
Posted by BooksAndPals at 8:00 AM

Email ThisBlogThis!Share to TwitterShare to FacebookShare to Pinterest
Labels: Ask the Pals

I would love to sit down to dinner with ALL the people The Pals have chosen to question. What a fun evening that would be!

The person I'd like to ask a question of would be Leonardo da Vinci, and I would ask, "May I spend the day with you, sir?" And if he said yes, I would bask in his genius and talent.

Oh good one, Ms. Fasano. I would love to join you and Leonardo da Vinci.

I have a long list of specific questions I would ask, most of which I should probably keep to myself. I'll share one, though. I sure would like to get some expert analysis on the record regarding the Council of Nicaea. Of course, I might want Carl Jung around to help me interpret the response on that one.

No flame wars here, ManOfManyInterests. We are a friendly group. I was thinking while I was reading your comment that Mr. Jung might be of assistance to you in one way or another as well. After he had dried his tears and regained a modicum of composure again, after dealing with me. :)

I'd enjoy a conversation with Abraham Lincoln. First off, since it's such a matter of historical debate, I'd ask him directly what his plans for reconstruction for the South after the Civil War really were. Also, I'd like to know if he had any hope the Gettysburg Address would have the power to move it still does and if his post-presidency plans included writing any books.

MoMI: it's not only asking Jesus what he meant that would be interesting, also asking him what actually happened during the time he was (perhaps) a wandering preacher in Palestine. The water into wine thing, the 5000 fed on those wee loaves and fishes, the betrayal by Judas. I have always felt Judas to have been rather dumped on in all the excitement.

I guess I'm what Americans call a history major (that's what most of my British degree was in) and so historical figures are very important to me. Recently I've started writing historical fiction. And, indeed, I've written a story about Judas, which gives him a better press tha he's used to. But who would I want a conversation with? This week (it's bound to change, isn't it?) it'd be Lady Hester Stanhope. She was a clever woman in a time when that was A Bad Thing; so she left Britain and became an archaeologist and all round adventurer in the eastern Mediterranean and Middle East. She was one of the first to use primary sources as evidence for her archeological work. She went plumb native quite early on in proceedings, dressing as a Turkish pasha and living in one abandoned monastery after another in the general area of Tyre and Sidon in what is now Lebanon. I have been to costume parties as Hester Stanhope. The costume is a gas. You can't help but want to buckle some swashes while wearing it.

Thanks for dropping in and commenting, Louis Burklow. Abraham Lincoln is a great choice. I bet he would have written a book eventually, if he had lived long enough. I also think he would be proud that the Gettysburg Address carried as much power as he hoped it would and pleased that it still holds that power. And asking what his plans for reconstruction for the South after the Civil War is a great question!

judimoore, thanks for dropping in and adding to our conversation. Lady Hester Stanhope sounds like a fascinating person. I don't think I have any knowledge about her. I am sure being out in the field on an archaeology dig is strenuous work and take a determined will and strong body to endure. I can tell you have a great deal of respect for her.

Well, since all the people I can think of are writers and it seems like those are not quite fitting, I'm going to go with Stefan Rosenberg, AKA Nimrod, whose work during WWII to fool the Germans into thinking the invasion would be in Calais instead of Normandy is credited for saving the war for the Allies. I'm not sure I'd be able to ask him anything; I'd probably just sit there in awe.

Sitting in awe is what I would do with everyone mentioned so far. And your comment made be think about the Navajo code talkers! Was that a brilliant move or what? It is exactly what I needed to do with Carl Jung! Thanks for dropping in and commenting, K.S. Brooks.