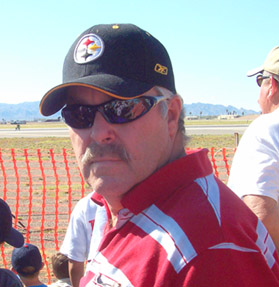 Ever since I first saw George Pal’s epic movie The Time Machine in 1960, at the tender age of twelve, I have been fascinated by the concept of time travel. Not actually traveling – since that is not empirically possible in the universe in which we dwell – but writing about it. I find the concept of time travel to be one of the most evocative of fictional devices – the great literary “what if”. Who hasn’t thought: If only I could have a do-over on that one, my life would be so much better?

Having written for twenty-plus years now, it has been the story I’ve always wanted to write. There are many wonderful time travel stories, cleverly written and fascinating to consider, whether book, movie or television show. One of my all-time favorites is the motion picture Star Trek IV: The Voyage Home, in which the main crew of the USS Enterprise must take a pilfered Klingon ship back in time to 1986. This action is taken in order to bring back two Humpback whales, thereby perpetuating the species in order to save Earth, and ensure the future of mankind. Pretty lofty goal, eh?

Time travel stories challenge the imagination. They offer up the impossible, and sometimes make us believe it. And why is time travel impossible, anyway? I believe it’s because November 22nd 1963 – the instant JFK was shot – for example, is not what we can consider an actual “place”, even though the location in question, Dealey Plaza in Dallas, Texas, is. It’s a conceptual problem. Our memories tell us that this moment in time is real and must still be there somewhere, because we can clearly see it in pictures and captured on live-action film, or video. But time is simply a measurement of how quickly or slowly things happen, and what we’re seeing is no longer there – or anywhere. So, quite simply, if it doesn’t exist – or no longer exists – we cannot go there.

The fact that time travel cannot be an actuality did not stop me from wanting to write about it, so I finally did it. I came up with my time travel story, and I believe it’s the best thing I’ve written to date. Time travel is, of course, science fiction, and requires some basis in scientific fact. The creator must defend his concept in a plausible manner. He must tell a believable story, but how does he explain the impossible? “Impossible” is a word much like “pregnant”. You can’t be “a little” pregnant, and something cannot be “nearly” impossible – if it’s nearly impossible, it’s just extremely unlikely, but possible.

I think the thing that fascinates me the most about time travel is all of the effort that has gone into explaining it over the years – the rules, so to speak. But if it is impossible, then it cannot actually have rules, can it? And yet as a literary device, it does have rules, as do all fictional stories – the catch being that the writer(s) make the rules for their story, or series of stories, and then must abide by them. The reader can suspend disbelief, but only if the writer does a good job of obeying the rules he has created for his specific universe. So things like The Butterfly Effect and Paradoxes are not really rules, merely conjecture – conceived by some pretty great minds, I’ll grant you, but conjecture nonetheless.

Déjà Voodoo is my “take” on the possibility of time travel. It is about a man, born in the mid-20th century, who comes to realize as he grows older that he remembers being here and doing all this before. He does his best to reason out his situation, asking questions like Can I change things? If I can change things, how will the universe – or God, if He exists – react to it? How much can I change, and at what price? Is this simply the way it is, and am I the first person to experience it in this way? Do we have souls, and if so, how do they function in the grand scheme of things?

You can get John's latest book, Deja Voodoo, right now from Amazon US or Amazon UK. BigAl's review of the book will be happening early next week and John will be hosting a giveaway of the book on this blog on 2/16 and 2/17 that you'll want to be sure to check out.
Posted by BooksAndPals at 8:00 AM