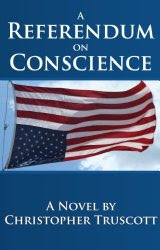 “A terrorist attack. A vote against a popular war. A re-election campaign.