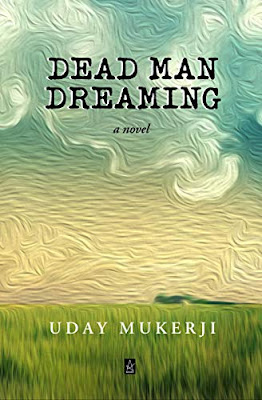 This is an unusual novel. A newly qualified doctor, David, finds he carries the gene for an hereditary disease, making his lifelong dream of a career as a surgeon short and uncertain. His focus shifts when he runs into Jessie, with who, he was at school, whose son also has a hereditary disease. They talk about how great it would be if there was a test would-be parents could get before they conceive that would show up these diseases, so parents are able to choose whether to chance giving the genes for the disease to their children. (Neither David’s parents nor Jessie and her husband thought to be tested for the diseases they passed on.) The rest of the book deals with what Jessie and David do about getting such a test for would-be parents.

It read like David’s memoir, although I think it is genuinely fiction. It was certainly convincing about hereditary diseases in general, David’s in particular, and his searching thoughts about his future.

Uday Mukerji was born in India. He started his career as a copywriter and progressed to bigger responsibilities, working as a creative director in advertising agencies in Singapore for nearly twenty years. While he enjoyed working on advertising campaigns, some ten years ago he decided to change gear and pursue a career in writing. His first literary fiction - Love, Life, and Logic – was a 2017 Readers' Favorite Award Winner, published 2016. Dead Man Dreaming is his second novel.

David is in a relationship as the book opens. This founders when he discovers he has inherited the gene for Huntingdon’s Disease. Chloe wants children and David knows he doesn’t want to risk passing his disease on to another generation. He begins to live in a fragile, nihilistic world, waiting for the onset of symptoms.

Jessie and David begin an awareness campaign for voluntary Carrier Screening Tests for parental fitness pre-conception, to encourage people to pledge not to have children without testing, and not to have children if the test is positive. There follows plenty about their campaign, how it plays in various cities, the support they receive and the nuts and bolts of administering the campaign. David finds purpose and love again, when he had largely abandoned hope of doing so in whatever time he has left.

I’m not sure I would call this literary fiction (although it is certainly priced as such). I thought literary fiction differed by being character driven. I found this to be plot driven. By and large the plot is good. However, inter alia there is considerable introspection by David, the narrator, which presumably attracts the ‘literary fiction’ imprimatur. David certainly has a lot to process over the course of the book. However, he seems to willfully misunderstand every emotional signal he is given. His assumptions of what the actions of other characters mean are at times so at odds with what they actually say or do that I felt like strangling my Kindle. But I don’t read a lot of ‘literary fiction’; perhaps this is how it rolls.

What the book did very effectively was impart a lot of information about the problem of passing on hereditary diseases and what can be done about it, in an entertaining way. Also about how the possibility of carrying the gene marker for such a disease feels, and the certainty that symptoms will strike at some point, making life short and painful. The material about the parental fitness testing programme and how it takes off is fascinating. I have no idea if such a thing has been set up in the United States, but if it hasn’t, it should be.