Review: The Adventures of G Man by Boris Wang 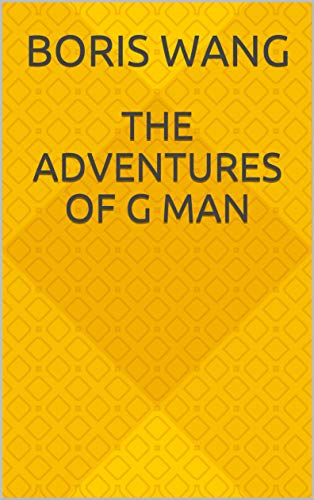 When a bungled science experiment endows Arthur Pinkerton with super powers – and a giant phallus - he becomes the unlikely champion of the defenseless. But will he be able to sustain his erection long enough to rid the city of its criminal underclass? And will he be able to defeat the feared crime boss, Carmelita Cameltoe, or will it all end in a premature capitulation?

Read this exciting new book to find out!”

“Boris Wang is a legendary storyteller in his own mind. He lives in a small house by the lake where he drinks coffee, reads comics and serves as aide-de-camp to a pair of demanding Siamese cats. When he’s not updating his Tinder profile or plotting global domination, he tries to write stories about superheroes with very unusual abilities.”

Well that was different. Just trying to nail down the genre of this novella will tell you a lot about it. There’s enough sex going on for erotica to be a reasonable description. But erotica takes their sex seriously and, while it’s seriously sex, I don’t think anyone involved from the author to the participants (other than maybe the star of this book, Arthur) are taking it very seriously. It’s downright funny. Maybe we can call it a humor book. But it’s not just funny, it’s also making fun of so many things. I’d call that satire. However, our star, Arthur, is also using what can accurately be called superpowers to fight crime (at least when his female friends can get him in the right mood to do so). So, I guess we’ve got a humorous, erotic, satirical superhero story. Bet you’ve never read one of those before.

In many ways I enjoyed this. The off the wall concept, not even trying to be subtle, was fun. (Look at the description for the names of the crime boss, the town where this takes place, or even the pen name the author has chosen.) At least for this relatively short read, the concept held up and the story line worked.

So, what’s the problem? Why only three stars? Non-existent proofreading. I’d be reading, trip over something, and discover it wasn’t Arthur’s bigger-than-real-life appendage, but a wrong or extra word. This happened way too much with me flagging twice as many issues as I’d have found marginally acceptable in a book two or three times as long. A little more (okay, a lot more) polish and this could be a fun, off-the-wall read that could appeal to a decent sized group of readers out there.

One adult situation after another. While not exactly erotica, it isn’t exactly not either.