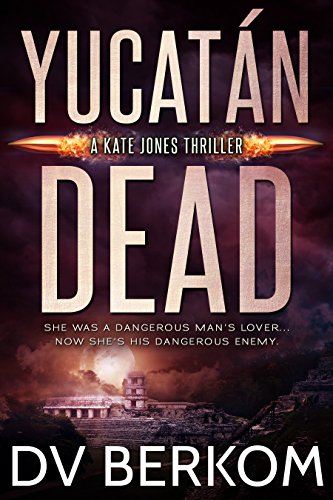 “She was a dangerous man's lover…now she's his dangerous enemy.

“The author of two bestselling thriller series featuring strong female protagonists, Berkom grew up on a steady diet of spy novels, James Bond movies and mysteries. Her natural inclination is to keep the reader on the edge of their seat and guessing until the last page.

I enjoy books with kick-ass female protagonists and Kate Jones fits the bill perfectly. When the going gets tough, she keeps going. Yucatan Dead ratchets up the tension from the start as Kate deals with hit women, warring Mexican drug cartels, and unofficial paramilitary organizations. Survival is never a given.

Although the sixth book of the Kate Jones Thriller Series, what back story was needed to understand Kate and the story was included, so I didn’t feel like I was missing anything. Reading this as a standalone isn’t a problem.

Such a great review, Al! One of my all-time faves of yours :-)