A Quirky Technique, a Guest Post from Jon Ripslinger, author of The Weight of Guilt 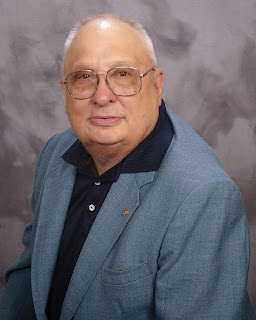 I'm a seat-of-the pants writer who edits a bit as he goes along.

When I begin a new novel, I always have a strong sense of who my main characters are, what they look like, what their backstory is, their motivations, goals, fears, weaknesses, and what's at stake if they lose. I know all this information because I make the main characters write autobiographies, and then I interview the characters.

For example in my young adult novel The Weight of Guilt, I asked the protagonist John Hawk to tell me a secret about himself he didn't want anyone else to know. He told me he was afraid of the dark.

I also have in mind several disasters that will be major setbacks for my protagonist. And I know the ending will be happy. Or a least bittersweet. Those are the kinds of stories I like to read, so those are the kinds I write.

I begin with a scene that will highlight my protagonist and introduce a conflict that will hurl him down a dangerous road he must travel if his life is to be good again. Then I keep writing. No outline. In the Weight of Guilt, John Hawk's girlfriend dies in an automobile accident while he's driving and somehow he's got to rid himself of guilt. But things get worse and worse for John as the story progresses.

So how do I get from the beginning of the story to the end? Well, the characters take me through the story. And how do I know what they're going to do and say? What's going to happen?

Here's a quirky technique that works for me.

Probably everyone's heard of The Bucket List, the hit movie staring Jack Nicholson and Morgan Freeman. But I'm using bucket in a different sense. In this case, the bucket is my mind. To be specific, my creative mind.

When I'm writing a novel, I go to bed every night sitting on the edge of the bed and consciously thinking about the problems I'll face in the morning when I begin work again at the computer. Who will be in this scene? What is the conflict? Do I need a flashback? What are the characters' goals? What needs to happen to move the plot forward? Who will win in this scene? Who will lose? What disaster will the protagonist face at the scene's end? What's the cliffhanger?

But I don't search my mind for answers. I simply remind myself that these are problems I need to deal with tomorrow morning.

When I hit the sack, my mind is an empty bucket. That doesn't bother me, though, because I know that while I sleep my subconscious mind—somehow, some way—will slowly fill the bucket with ideas. Sometimes the bucket is filled to the brim before dawn, sloshing over the side, and I'll wake up earlier than I want. I simply can't go back to sleep. So I get up, shower, dress, and head for the computer. Sometimes the bucket is only half full, or only a quarter full, but it's never empty.

Anyway, when I begin the morning's work, I first read what I wrote yesterday, easing myself back into my story world, and edit along the way, but at this point I'm not trying to make my script perfect. I'm simply trying to get action, exposition, dialogue, description or whatever on paper so that it sounds coherent. My striving for perfection comes much later, after I've rewritten the rough draft three or four times.

Let's say the bucket is three-quarters full on this particular morning. It slowly begins to empty as I dribble words out of it onto the computer page in front of me. I might work for an hour, maybe two, filling perhaps two or three pages, when I feel there's nothing left in the bucket. I'm going nowhere. I keep reading what I just wrote over and over, but I can't find the right words to move forward. My protagonist won't do or say anything. Neither will anybody else. The story's at a standstill.

Not to panic, though. I leave the computer, eat breakfast, watch the news, check headlines in the newspaper, discover what my wife has planned for me today—all the while refusing to think about the story.

Then I head back to the computer. The bucket is never as close to being full as it was first thing in the morning, but there's always something in it for me to start with again. Always. I start writing until the bucket empties once more. Then I quit that project for the day and work on something else.


I think of my mind as being an old-time wooden bucket, one with slats and a rusty handle. I believe if I consciously think of my mind as a bucket—actually visualize it—that it will fill with ideas while I sleep and that I can make it happen. My mind will become a bucket load of creativity for me in the morning. Quirky, I know. Crazy, even. Off beat. But it works for me.

Thanks, Big Al, for hosting my post. It's greatly appreciated!