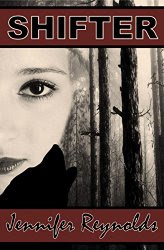 “Jennifer Lynn Powell Reynolds is a native of North Alabama. She is newly married. She and her husband tied the knot on Friday, September 13, 2013. Jennifer has a Master of Fine Arts degree from National University and a Bachelor of Arts degree from the University of North Alabama. Writing has always been a large part of her life. In high school, her local newspaper published a large number of her poems, and she won numerous poetry and short stories awards. Since high school, she has worked on a number of different projects, but her focus has mainly been on acquiring her degrees. She finished the first draft of her first novel, a post-apocalyptic piece titled Alone, around the time she graduated with her B.A. Since then, she has written numerous other novels, short stories, and poems. Aside from spending her days immersed in the fictional worlds she creates, she works part time at Stained Glass Artistry.”

“Too bad Dimitri Sullivan didn’t know the beautiful redhead he met at a bar, bedded, and skipped out on was a witch—let alone a psychotic one who turns him into a diseased-ridden, flea-bitten, house cat; the complete antecedent to his predominate wolf form.

Abby, like most humans, knows nothing about the supernatural world. She does know that her new cat is different. She knows that the new, gorgeous man in her life is up to something. And she knows that something isn’t right about the beautiful yet crazy woman stalking her.

When Mave, the witch who cursed Dimitri, discovers that the curse she placed on him is breaking, she goes to great lengths to stop him from becoming human once again.”

Abby lives alone and is a single cat owner, but today she has an overwhelming urge to adopt another cat. What she comes home with is a Maine Coon kitten who has just arrived at the shelter. The shelter allows her to foster the kitten because they are sure he is just lost and the owners will come looking for him soon. Abby is a survivor of an abusive relationship and has cut herself off from all but her sister and a few close friends. She works from home and seldom leaves the house. As a result she has gained a few extra pounds, which compounds her self-image problems.

Ms. Reynolds has made up her own rules in her urban fantasy world. Her shifters, werewolves, angels, and witches are refreshingly different from the norm. I enjoyed the differences. Shifter is told from two differing points-of-view. Of course we get Abby’s, she is very insecure but smart and her deprecating mind games with herself gets tiring. I felt that this trait of hers was way overdone. Alternately we get Dimitri’s POV. He is a shifter, a bit arrogant and a player, but he has a good heart.

The story has a slow pace as we get to know the characters and their abilities. There are several twists that keep the story entertaining and it is laced with plenty of humor. Mave, the witch who changed Dimitri into a cat, is a beautiful classical villainess, a bit insane, and not quite as smart as she thinks she is.

I did enjoy the way Dimitri eventually started to get comfortable as a cat. As he got to know Abby he was able to read her moods and understand her better. When he started warming up to Abby he showed respect by leaving the room when she was dressing and giving her privacy when she needed it. When he starts loving Abby more than he loves himself surprising things start happening. Of course this is when Mave turns things upside down.

I did feel that if some of Abby’s repetition of her own faults and mind games were eliminated the pace for the whole story would increase. I got tired of her repeatedly falling back into her own insecurities. The number of proofing errors I ran across were aggravating as well. But the over-all story was enjoyable. If you need a break from regular werewolf or shifter books, you might enjoy this one.

Plenty of swearing and cuss words. Adult sexual situations are not behind closed doors.

I found a few more proofing errors than I like to see, mostly missing words or wrong words used. Choosing incorrectly between the homophones peace/piece and sowed/sewed are two examples.