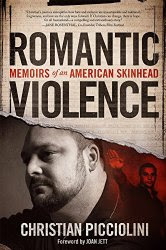 “Christian Picciolini is an award-winning television producer, a visual artist, and a reformed extremist. His work and life purpose are born of an ongoing and profound need to atone for a grisly past, and to make something of his time on this planet by contributing to the greater good. After leaving the violent hate movement he was part of during his youth, he began the painstaking process of rebuilding his life. Picciolini earned a degree in International Business and International Relations from DePaul University, began his own global entertainment and media firm, and was appointed a member of the Chicago Grammy Rock Music Committee and the Chicago International Movies and Music Festival. In 2010 and 2011, he was nominated for three regional Emmy Awards for his role as executive producer of JBTV, one of America's longest-running nationally broadcast music television programs. He has worked as an adjunct professor at the college level, and as the community partnerships manager for Threadless, a company that combines a thriving online art community with a highly successful e-commerce business model. Additionally, in 2013, he contributed to Google Chairman Eric Schmidt's and Director of Google Ideas Jared Cohen's New York Times best seller, The New Digital Age. Most notably, in 2010 he co-founded Life After Hate, a nonprofit organization dedicated to helping communities and organizations gain the knowledge necessary to implement long-term solutions that counter all types of racism and violent extremism. An explorer by nature, Picciolini loves to learn new things and thrives on challenging himself with positive disruptive thinking. He values kindness, unselfishness, sincerity, and respect for all people, and believes that small ideas can change the world.”

“At 14 years old, Christian Picciolini, a bright and well-loved child from a good family, had been targeted and trained to spread a violent racist agenda, quickly ascending to a highly visible leadership position in America’s first neo-Nazi skinhead gang. Just how did this young boy from the suburbs of Chicago, who had so much going for him, become so lost in extremist ideologies that would horrify any decent person?

'Romantic Violence: Memoirs of an American Skinhead' is a poignant and gripping cautionary tale that details Christian’s indoctrination when he was barely a teen, a lonely outsider who, more than anything, just wanted to belong. A fateful meeting with a charismatic man who recognized and took advantage of Christian’s deep need for connection sent the next decade of his life into a dangerous spiral. When his mentor went to prison for a vicious hate crime, Christian stepped forward, and at 18, he was overseeing the most brutal extremist skinhead cells across the country. From fierce street brawls to drunken white power rallies, recruitment by foreign terrorist dictators to riotous white power rock music, Picciolini immersed himself in racist skinhead culture, hateful propaganda, and violence.

Ultimately Christian began to see that his hate-filled life was built on lies. After years of battling the monster he created, he was able to reinvent himself. Picciolini went on to become an advocate for peace, inclusion, and racial diversity, co-founding the nonprofit Life After Hate, which helps people disengage from hate groups and to love themselves and accept others, regardless of skin color, religious belief, or sexual preference.”

One of the reasons I read memoirs is to understand someone who has had an experience nothing like anything I ever have or will. In this case, to get a handle on something I haven't been exposed to and don't understand. The book was queued to my Kindle for reading when Dylann Roof, a white supremacist, gunned down several people in South Carolina. I decided it was time to push it up the list.

Romantic Violence is at times infuriating and frustrating (knowing where it is headed and having 20/20 hindsight) while also being scary as it is easy to imagine how almost anyone in the same situation could get sucked in to an extremist organization like this. I also noticed that the terminology and rhetoric of a racist right-wing group is much the same as other extremist right-wing organizations that don't have the racist component. (Left-wing groups have their own set of touchpoints, I'd guess.) As intense as a good thriller, made more so by being true.