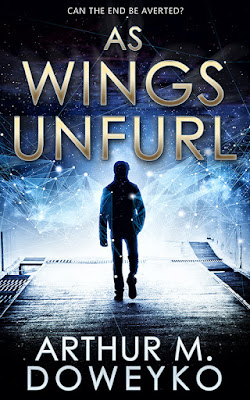 Description:
“Applegate Bogdanski returns from Vietnam with a missing leg, a Purple Heart, and an addiction to morphine. He stumbles through each day, looking forward to nothing and hoping it will arrive soon. When he attempts to thwart a crime, he is knocked unconscious and wakes up to discover that people are once again calling him a hero, though he feels undeserving of the praise.

Apple returns to work and meets Angela, a mysterious woman who claims to be his guardian. Immediately, he feels a connection to her, which morphs into an attraction. But he soon discovers that Angela is much more than she seems.
Apple and Angela are swept up in a conspiracy that stretches through time and space. Together, they must fight to save everything they hold dear from an alien race bent on destroying humanity.”

Author:
“After retiring in 2009, Arthur M. Doweyko took up writing fiction. His novel Algorithm garnered a 2010 Royal Palm Literary Award, and is also available in paperback. He has published a number of short stories, many of which have been selected as Finalists in the Royal Palm Literary Award contest, and two Honorable Mentions in the L. Ron Hubbard Writers of the Future Contest.

Arthur was awarded the 2008 Thomas Alva Edison Patent Award for his contribution to the discovery of Sprycel, a novel anti-cancer drug successfully brought to the marketplace in 2009. He has authored over one hundred publications (papers, abstracts, patents, book chapters) and has been an invited lecturer in a number of drug-discovery and computational venues.

Arthur lives in Florida with the love of his life, Lidia. When he’s not writing, he’s happily wandering the beaches.”

Appraisal:
This is a mashup of book genres which, like most hybrids, fizzes with energy. It is set mainly in New York in 1975. As well as apparent guardian angels and an imminent ‘end of the world as we know it’ scenario, there is a new theory of Creation; murder, burglary and general mayhem; and a cast of interesting characters it is easy to root for: there is plenty going on.

Doweyko has an economical, straightforward style which pushes the book along at a goodly clip. Plenty of humour - black, slapstick and ironical - is employed as a well-judged leaven to the running, fighting, and gory bits, of which there are plenty. In addition the author delivers pithy and interesting description of how ‘Apple’ lost his leg in ‘Nam, the second-hand bookshop where he works and the various locations in New York, London, and Tibet (yes, Tibet) which all help to drive the book along.

Tibet. Yes. The characters really get around, so the reader needs to pay attention. I like this sort of surprise, the location shifts are well signposted and the changes quickly bed in. None of the scene changes are gratuitous. Tibet is essential if for no other reason than we meet two delightful characters there, whom I enjoyed very much. The epilogue to the book, when these two are returned to the bosoms of their families, is quite delightful.

The book reminded me slightly of Dr. Who, in that someone frequently yells ‘run!’ at his or her companions. That sort of frenetic solution to plotting needs to be very well focused, and used sparingly, to be effective. In a similar vein, people who quite patently should be dead of their injuries, who are described as dead, and are mourned or celebrated as being dead, keep coming back to life and then being killed all over again. This sort of ploy also needs to be used more sparingly than it is here. There are some characters who are significantly more powerful than others – to the point where at times this reader questioned the need for the ordinarily-abled to be on the team. And, finally, the reader is clouted with the (thinnish) reason why the world needs to end rather too frequently. The sum total of which infelicities have lost the book a star.

Nevertheless, the quality of the writing is good enough to transcend that sort of thing, and I think you will find this book an engaging read if you like your crime a bit off the wall and/or your SF rooted in the here and now. And if you have a thing about Tibet it should leave you with a big, goofy grin on your face. It did me.

FYI: Nothing to report 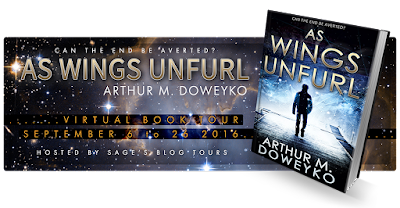