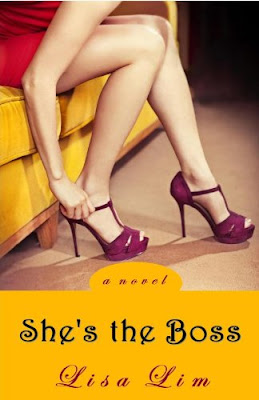 Description:
“The Devil Wears Prada meets The Office. Twenty-something Karsynn is now a boss, but she's not so much The Devil Wears Prada as she is The Angel Wears Payless. With a brighter career, things should be going better for her, right? Wrong. There's now a new director at the office, Carter Lockwood, and he's brought his reputation for wreaking havoc amongst the ladies. Karsynn prides herself on being the only one impervious to Carter's good looks. In fact, she takes great pleasure in blowing on the embers of Carter's hostility.

Karsynn thinks Carter is arrogant and obnoxious. Carter believes Karsynn is an ignorant, sassy spitfire. Once they start working closely together, they discover first impressions can be deceptive. Karsynn may be winning the battle against Carter, but will she lose the war? And more importantly, will she lose her heart?”

Appraisal:
She’s the Boss largely takes place in the same call center as Lim’s Confessions of a Call Center Gal, but with a focus on different characters and no need to have read the prior book to easily follow what’s happening in this one. Humor abounds, with idiot customers (the characters may have to pretend that the customer is always right, but I don’t have to), and the normal hijinks you’ll find in any office full of young, energetic people.

The main character, Karsynn, is, as the book description says, a “sassy spitfire.” As a relatively new supervisor, she’s finding her way, learning how to balance the demands made on her from above with supervising those people who were recently her peers and are still her friends. Anyone who has gone through this balancing act will empathize with her experiences.

It would be fair to describe She’s the Boss as Chick Lit, as it has all the elements of that genre, primarily the humor in the situations the protagonist faces as she grows as a person. But the book is also being described as a “Romantic Comedy,” and has all of those elements too, with a potential love interest who is unappealing in many ways, yet Karsynn is unaccountably drawn to him. Categorize it however you want. What’s important is it’s a read that won’t leave your funny bone alone.

FYI:
Some adult language and situations.

Added for Reprise Review: She’s the Boss was a nominee in the Chick Lit/Women's Fiction category for B&P 2014 Readers' Choice Awards. Original review ran May 6, 2013