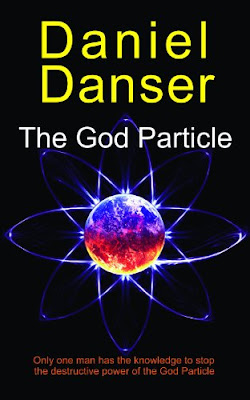 A tsunami hits Japan knocking out a nuclear reactor and putting thousands of lives in jeopardy. An earthquake rips through Istanbul, Turkey, leveling the city. And CERN’s Large Hadron Collider (LHC) is about to discover the Higgs boson or God Particle.

Daniel Danser has worn many hats during his thirty-two year career. Fresh out of college he worked as a reporter for the Manchester Evening News, developed computer platforms for IBM, and when the Internet arrived on the scene, Danser became a web entrepreneur. Today, he’s a freelance writer with the exciting thriller, The God Particle, as his first novel.

Author Daniel Danser expertly knits recent historical events into a sci-fi thriller that will keep readers at the edge of their seats. Professor Tom Halligan has just been given the job of a lifetime—Director General of Cern’s LHC. Soon after arriving in Geneva, Switzerland Tom swiftly makes friends and enemies as he uncovers a plot that could mean the end of the world as we know it. The God Particle is a must read for all sci-fi thriller fans.