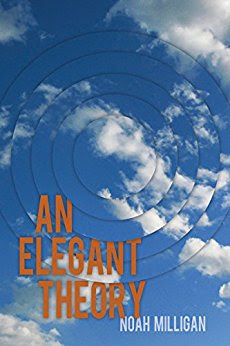 Appraisal:
Coulter Zahn is a promising PhD candidate at MIT with a wife and a baby on the way. Understandably, he is under a lot of pressure writing his dissertation. When his hypothesis comes under criticism and his estranged mother (who suffers from mental illness herself) returns, his life starts unraveling or perhaps fracturing would be a better word? As Coulter loses control everyone’s life around him becomes irreparably changed forever.

What a terrific review, ?wasi. But here's a personal reflection. As soon as I'd read your appraisal, I punched the Amazon "buy" button. But when the author wanted $7.99, I didn't follow through. Had it been $3.99, it'd be on my Kindle now. Sure, I can afford the extra $4.00. But I considered $7.99 a big risk for an unknown author and a very different topic and approach. Even after reading your review, every reader's different and I might not enjoy the treatment. $7.99 is where Harper et al are positioned for digital. I dunno? Does my lack of click say more about me or more about the market?
... Pete

Thank you, Pete. Your comment means a lot to me.

I have the same concern about the price point for any author I am unfamiliar with. To add to that, this is Mr. Milligan's debut novel so, you can't even check the success of past books. A larger concern is that with a digital file all you really have is the right to read a file copy, you don't really own anything.

Mark it up to the growing pains of the new publishing quagmire? I think a lower price point would be a good start to get the book out there to be read and reviewed. So, it's not just you, Pete.

I tend to agree with Pete as well, but have talked to a few authors who have argued for a higher price point and done well with that strategy. (Also, I suspect in Mr Milligan's case, it is his publisher who set the price. Not that a reader is going to know or care who set the price or what their logic was.)