Review: The Billionaire Who Wasn't by Beth Orsoff 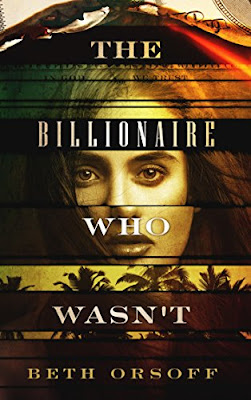 I was reading about how successful billionaire romances are today and thinking if I ever took a stab at that I'd have to find some way to turn it on its head -- and then this book popped up. Oh well. It sounds like fun.

Not exactly a billionaire, but your latest does kind of tread that ground in a way. I'll let anyone who is curious what that means go read it themselves. :)

Hmmm. Yes, I can see that. Okay, another reason to add this one to my list.

So I purchased and enjoyed this one, posted a review at Amazon and didn't feel the need to disclaim because I don't know the author in the slightest, and nothing happened. Apparently it's gone into the void. I guess I'd better go look up all my Amazon reviews and start copying them, if they're still there. Grrrr. First time that's happened to me, though I've heard others speaking of it.

That's interesting. The important thing is you liked it though. :)

I've sometimes had it take as long as an hour-ish for a review to take at Amazon. I can't think of it ever being longer than that though.

It's there now. Either I looked in the wrong place (I thought it would be in the recent reviews, not one of the top ones), or I was expecting the usual email from Amazon -- never got one this time.

As an author, I've sometimes noticed my number of reviews change days before the actual review shows up. I find that really weird.