A Room With No Natural Light / Douglas Lindsay 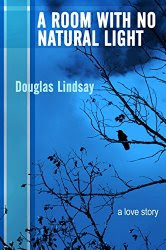 Availability
Kindle US: YES UK: YES Nook: YES  Smashwords: NO Paper: NO
Click on a YES above to go to appropriate page in Amazon, Barnes & Noble, or Smashwords store

Douglass Lindsay was born in Scotland in 1964 at 2:38a.m. It rained. Some decades later he left to live in Belgium. Meeting his future wife he took the opportunity to drop out of reality and join her on a Foreign & Commonwealth Office posting to Senegal. Here he developed the character of Barney Thomson.

He subsequently penned seven books in the Barney series, and several other crime novels. His first book, The Long Midnight of Barney Thomson, has been translated into several languages and is about be released as a movie.

It’s a long, hot summer in the south of England and Pitt’s small vineyard is in crisis. The bank’s chasing debts and government inspectors are snooping around. Yet Pitt is drawn further and further into Yuan Ju’s dark and disturbing world. How far is he prepared to go to help her?

Pitt’s wife looks on, nervous and insecure, impotent with fear, while her mother watches everything, biding her time. She will be not fearful, but vengeful.

And walking through the vines in near silence, Pitt must address the most perplexing question of all. Where are the birds? Just a few dead at first, but soon the skies are empty.

In A Room With No Natural Light Lindsay succeeds again in creating a world and characters that are just off centre. The characters are full of angst and fascinating as a result. There’s Pitt, a man seemingly devoid of emotion, but singular in his focus, Yuan Ju who never says a word but communicates in volumes to Pitt, Daisy who’s Pitt’s wife and you’d think the worst woman in the world but she pales into insignificance next to her mother (simply called Mrs Cromwell). Last but not least is Hardyman, Pitt’s only friend and confidante, a polar opposite and interesting foil.

The setting is unusual – a vineyard steadily losing money and where birds suddenly start falling out of the trees, dead. But beneath it all Lindsay draws on an all too familiar set of sad tales of exploitation and loss which Pitt cuts through to make life better for himself.

Nobody writes quite like Douglas Lindsay and here he proves it yet again.