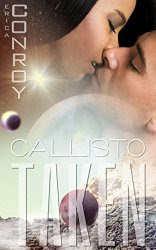 “Erica lives in New Zealand--otherwise known to the rest of the world as: that pretty scenic place where they made the Lord of the Rings and Hobbit movies. She spends most of her time writing (also procrastinating), reading, hanging with her long suffering husband and frolicking with the neighbour's cat. As a writer Erica delights in plotting evil and writing it all down for others to read and enjoy/despair… Oh, and she also likes cats.”

“Peace negotiations are easy right? Not when you're learning a language composed of hisses, growls and other guttural sounds. And that's not even the tough part for recently divorced diplomat Viktor Jacobs. No, that would be matching wits with the fiercely intelligent daughter of the opposing side. Between dodging her claws, avoiding a myriad of cultural taboos, and not accidentally getting married or killed, he has to somehow make the Lyrissians see that joining the Alliance of Worlds is the best choice for all of their futures.”

I don’t generally read Science Fiction, but the beginning of this novella grabbed me. Viktor was having a rough start with his first Peacetalker mission trying to negotiate peace with the Lyrissian delegation aboard the Callisto. Peacetalker Tarn took offense when Viktor miscommunicated while trying to speak in the Lyrissian’s own language. Luckily, S’rea, Tarn’s daughter, was able to speak common so the Alliance of Worlds peace talks could move forward.

Viktor is confronted with several cultural differences as he learns more about the Lyrissian as the talks proceed. There are several humorous miscommunications between S’rea and Viktor dealing with mating rituals of the Lyrissian. S’rea has no intention to ever take a mate, she is a scientist and loves her profession. Viktor is recently divorced and has no intention of having any relationships right now.

Karo was the other Peacetalker dispatched by the Lyrissian to negotiate peace with the Orka in a neighboring galaxy. Karo has an agenda of his own which includes taking S’rea as a mate whether she agrees or not. The Orka are an aggressive and violent race who mutate their females into hideous monsters to use as warriors. They are a humanitarian nightmare.

This is an enjoyable story that moves at a nice pace. The reader will find humor, political intrigue, violent confrontations, and romance. I found it easy to become invested in the outcome from the humans on the Starship Callisto to the Lyrissian race as a whole. They had a fascinating hierarchy and culture.

The author uses British/New Zealand spelling conventions. Taken is the first book in the Callisto Series.

I found no issues except for the inconsistency I mentioned at the end of the review.