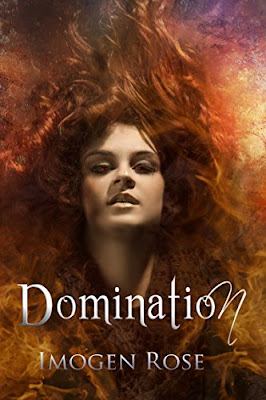 “Years of hard work preceded her entry to the Oval Office. She attended the right prep schools and right colleges. She made sure to make all the right contacts, ingratiating herself into the right circles. But all those rights hadn’t been enough.

In the end, she’d needed her mother.

And now it was time to repay that debt.”

Globetrotter Imogen Rose is Swedish by birth, went to college in London (where she received a PhD in immunology), and is now a Jersey girl. After her eight-year-old daughter insisted she write down her stories, Rose wrote the first of her Portal Chronicles series and decided to let it out into the world. The response was so positive that she’s continued writing. With the addition of this one she now has eleven books available, plus foreign translations of many.

It's been almost two years since Imogen Rose's last book. I found myself slipping easily into her world and hearing about the latest adventures of the characters (at least the likable ones) was like catching up with old friends.

In each installment we learn a little more about Rose's paranormal creatures, not just their personalities, but their capabilities or powers. We understand the world they live in a bit better, which is partially our world, but things are going on that we aren't aware of or misinterpret based on our limited knowledge.

In this latest installment two of the main characters are having a baby. This is complicated not only by the child-to-be's genetic makeup (a combination of fairy, demon, and wanderer, the last a paranormal creature that might be unique to Rose's story worlds) which is unique enough as to be hard to predict how it will work out, but also due to some issues with the grandmother-to-be. Then there is the US President and the wrath her mother is trying to unleash on the world. Needless to say, tension is high and how or if it will turn out okay is in question right up until the end.

Those who have been waiting for this aren't going to be disappointed. Those who haven't, now is as good a time to hop on board, either reading Domination or going back to the start of the series.

Although part of a series, reading this book as a standalone would work fine as the author gives enough grounding in past events to get new readers up to speed while refreshing the memories of those who have been around since the beginning.

Review is based on an advance copy and I can't judge the final version in this area.

Email ThisBlogThis!Share to TwitterShare to FacebookShare to Pinterest
Labels: 5 Star, paranormal, YA

Thank you so much for the review! I am glad you enjoyed the story (despite of Rea, lol).

Can't wait to read this!