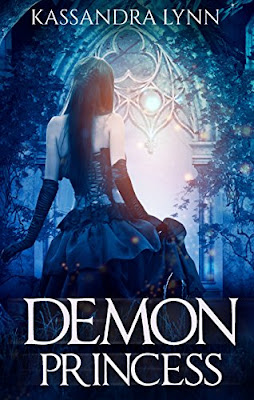 Adriana is set to become the Demon King, but is transported just moments before the ceremony takes place. She finds herself at the mercy of incompetent mage while she tries to hide her true identity for those who would harm her.

Kassandra Lynn has written several books in the paranormal fantasy world. She enjoys fantasy and romance, and you can find a bit of that in her books as well. Learn more about her at her website.

There’s more to someone than just a label. Adriana, who is about to become the Demon King, lives in a world where she thinks she has everything figured out. The Savior Blood, the Wiseman and Warrior will one day fight the demons as they have for centuries. Until then, she will rule the demon kingdom until her father and brother return from their disappearance.

However, Adriana’s world is thrown upside-down when she accidentally becomes a summon beast to a human mage. Adriana learns more about the humans during her ordeal — probably more than most other demons. Turns out that just because she’s been told these people are her sworn enemies doesn’t actually make them so. In fact, Adriana finds herself helping those she’s supposed to despise.

Demon Princess was a great book about perception and biases. When Adriana and those around her opened their eyes to see the truth, it was far different than anything anyone expected. There’s a great complex world here that Kassandra Lynn has created, which is layered in mythology, magic and history.

The one drawback was that it seemed that Lynn took a while to find her voice. The early part of the book seemed very clinical in its writing, but it was engrossing when it finally loosened up.

I did see some other reviews that mentioned a lack of world building, but I just didn’t get that feeling at all. I got a pretty good idea about the world that surrounded the characters while little hints and clues. There could have been more, but it might have drawn away from the action of Demon Princess.

If you like magic and fantasy, with a love story thrown in, this is a good book to pick up.