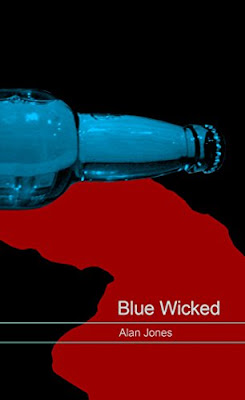 Eddie Henderson is investigating a series of brutal murders around Glasgow, but no-one in the authorities wants to listen to him. Eddie is a vet and the victims are all cats, killed in a fashion designed to maximize pain and suffering. When human remains start appearing, killed in exactly the same fashion as the felines, Eddie finally gets some attention. He begins to track down the killer with the help of junior detective Catherine Douglas but the bodies begin to pile up…

Alan Jones was born and brought up in Glasgow but now lives on the Ayrshire coast. Jones works in the animal health industry. He’s been writing gritty crime for a decade, and publishes his work under a pen name. In his spare time Jones makes furniture, sails boats, reads and cooks.

You can learn more about Mr. Jones’ books please check out his author page on Amazon or his website.

Some months ago I reviewed Jones’ debut, The Cabinetmaker. It was an interesting novel that had much going for it and, when the author’s second work appeared, I was more than happy to take a look. And I wasn’t disappointed. In Blue Wicked Jones takes a huge step forward as a writer (and he was in a good place to start with). This is an accomplished, well-constructed crime novel that deserves a wide audience.

The opening is very intriguing – Henderson investigates a death, but it’s not conventional in approach. Henderson isn’t a copper and the body is a cat. It’s a quick reveal that cleverly shows the reader this story is a little different. In addition that the investigating protagonists are a vet and a wet behind the ears DC are also somewhat novel. The setting is suitably grim Glasgow, so the other main characters and the action are within this mould.

The story itself clips along, and does not sag at all. I read pretty much the whole of Blue Wicked on a long transatlantic flight rather than sleep. There’s a love interest for introverted Henderson and, even when you think the story is told, there’s more to be revealed. I’m reluctant to say more in case of giving away the plot.

With The Cabinetmaker the author produced a mass of supporting information on a website. For those interested in backstory, you won’t be disappointed.

Some gruesome murders. Scottish accenting to some dialogue and UK convention.