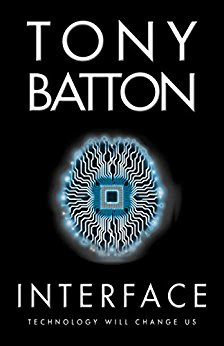 “Tom Faraday - new employee at the famous CERUS Biotech - wakes up after a Friday night party to find it's Monday, and he's lost the entire weekend. And that’s only the start of his problems.

25 years ago CERUS crossed boundaries that should not have been crossed. With Tom's help, they're about to try again. And what they have in mind will change everything.”

Tony Batton worked in international law firms, media companies and Formula One motorsport, before turning his hand to writing novels. He is passionate about great stories, gadgets and coffee, and probably consumes too much of each.

Tony's novels explore the possibilities and dangers of new technology, and how that can change lives. When not writing, or talking about gadgets, Tony likes to play basketball, guitar, and computer games with his two young sons. He lives in London with his family.

I write novels in the technothriller space. I’m not sure whether that makes me more likely to enjoy or to be critical of fiction written in a similar vein. I just thought I’d put that out there before saying that this was a very good example of the genre that kept me engaged and turning pages.

The McGuffin--nanotechnology that enhances a human brain, is current and close enough to warrant speculation. The technical details never bog down the story. The characters were believable. The CERUS HQ was futuristic and very cool. The main character, Tom, went through an interesting story arc that moved him from unsuspecting victim to… well that would be an unnecessary spoiler. Tom was often in danger, as were those who supported him, and yet he managed to extricate himself from most situations without some miraculous external intervention, so the tension remained taut throughout.

Although this is Book One of a series, the story is complete in its own right. We are left with a hook for the second book but, thank heavens, not a cliffhanger! If I didn’t have such a large backlog in my TBR list, I’d read the second installment.