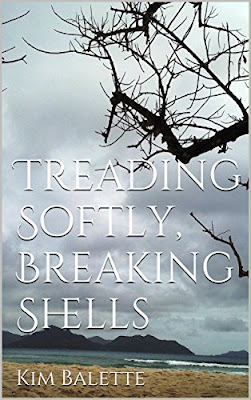 In 1878 Louisa travels to Seychelles to live with her brother. She finds it difficult to get used to life on the islands in general and on her brother’s plantation in particular. The climate, culture and amenities are very different from what she’s used to. This is a land where the memory of slavery is still recent and colonialism still present. Relationships between the old French families, the ex-slave population and the English incomers are complex. The veneer of civilisation is sometimes very thin.

Kim Balette is an Australian writer living and teaching in Seychelles. Her love of travel and History led her to research the colonial past of Seychelles and the result is this, her debut novel.

The book follows Louisa through her first eight months on Seychelles, as she tries to acclimatise to the climate and the people. Quite often the reader is shown Louisa through the eyes of others.

The Seychellois setting is unusual and a big part of the book’s appeal. (Certainly it was a major reason this reader chose the book.) Balette draws delightful descriptive pictures of the islands, as here: ‘… the seaweed patches made pictures in the water. Louisa wondered if one could read the future from these swirls as gypsies did from tealeaves (sic) in a cup.’

Three languages are in use on the islands: French (Seychelles had been a French colony for a time in the eighteenth century), English and Creole which the former slaves developed from French. A smattering of these three languages adds savour to the book.

As well as talking about the land, Balette also describes meticulously how people lived there at this time. Descriptions of making soap, salting fish and meat, harvesting pods from the vanilla orchid, pruning breadfruit trees and many other quotidian occupations also add interest.

Various small mysteries are set running; there is romance; there are suspicious deaths; there is sickness; there are financial worries; and there are several sexual episodes which are described elegantly but graphically. But at bottom this is a book about people getting along with each other, or (in several cases) not.

For this reader, the descriptions of place and the daily doings of the inhabitants (delightful as they were in themselves) began, after a while, to get in the way of the story. Or perhaps the problem was that there wasn’t really enough story to prevent the pace of the book from flagging.

Several salient pieces of information that the reader could have done with early on were withheld until it was too late for them to matter much. In the absence of authorial clarity, you can make up your own mind as to what the hints dropped may mean. The major romance followed that pattern where each party misunderstands the other for lengthy periods of time and much unnecessary angst results. You may be a fan of this approach: it is certainly a tried and tested romantic formula.

At the end this reader considered the experience and could only conclude that it had all been something of a storm in a rather beautiful teacup.

Some typographical and some syntactical errors. One persistent tendency was to insert commas where they simply got in the way of understanding the sentence, another was a vagueness with pronouns which on occasion made it impossible to work out who was doing what to whom.

The ebook file we received had an issue with type that was gray rather than black. Not great for the eyes. We checked the look-inside and downloaded a sample from Amazon to see if this was still an issue. It wasn’t, however it has been replaced with issues in the text justification.